Water Security in a Time of Change - by Prof. Garry Pender 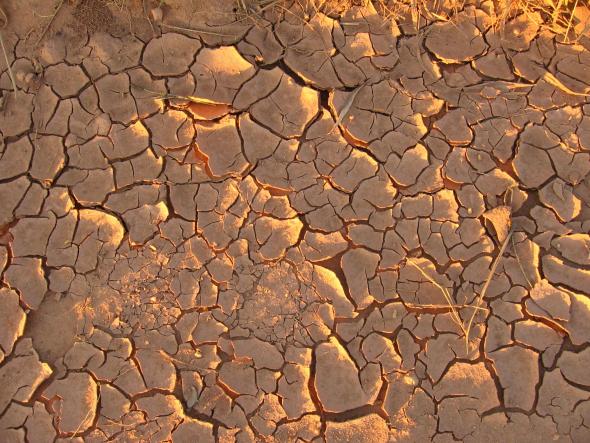 Consideration of the Energy-Water nexus is gathering momentum as nations begin to consider the impact of growing world population and a changing climate on energy and water demand.  Use of these resources is inextricably linked; energy produced from fossil fuels accounts for almost ninety percent of global primary energy consumption1. Generating energy from this source requires vast quantities of water at every stage, including extraction, transportation and processing.  Conversely, energy is fundamental to powering the water industry in the developed world enabling transportation, treatment and distribution of clean water to serve industries and communities.

It is estimated that globally 580 billion cubic meters of fresh water are used in the process of energy generation each year, equating to 15% of the world’s total water withdrawal2. Demand for water by the energy sector alone is expected to rise by one-fifth by 20352, with the amount of water consumed predicted to increase by 85%.  In parallel, the demand for water for other uses is also increasing from multiple users and stakeholders. World Bank estimates suggest that by 2025, 2.4 billion people will be living in countries without enough water to meet all their needs.3 The consequences of rising demands and diminishing resources will lead to escalating consumer prices and conflicts based on which need is greater – the demand from the energy sector, or the demand for clean water for public consumption.

Furthermore, as the traditional raw materials for power stations, coal and oil become increasingly difficult and expensive to recover, and natural gas supplies are depleted, non-conventional fuel sources such as fracking, tar sands and oil shale may offer a more economically viable solution to energy security.  As with all emerging technologies, costs associated with the recovery process can initially render the technology non-viable but these will decrease over time with investment in research and development, and as the industry grows and establishes itself in the market.  However, the recovery process for unconventional fuels is highly water-intensive and methods of extracting fuels from these sources rely on injecting large quantities of water, or in some cases, steam underground or for separating constituent materials from each other4.   Extraction of these new sources of fuel may actually create further pressures on the demand for water, when in fact less resource is available.  It is a distinct possibility that future energy projects may be constrained not by cost, but by water availability – a consideration that must be factored into our engineering projects and our training and development.  Forward thinking companies should be prepared to in invest in research and development of technologies for power generation under water-constrained conditions.

While at a global level, we acknowledge that we must reduce our over-reliance on finite sources of fuel, the real question is how do we ‘fill the gap’ during the transition to more renewable sources of energy.  With fossil fuels contributing such a large proportion to our energy mix, and many of our renewable technologies still in the early stages of development there is a very real and immediate need for reliable, sustainable technologies that can meet periods of high consumer demand.   It is here that water resources can offer potential pathways to generating a more renewable-rich energy mix, and solutions to long-term energy security. Hydropower is the world’s largest source of renewable energy, accounting for 1/5th of global energy generation3. According to the World Bank, hydropower has played a crucial role in the economic growth of countries such as Brazil, Canada, China, Norway, and the United States, and may be the key to enabling the development of other nations, whilst supporting sustainable growth3.  However, its requirement for large areas for water storage and flowing water, mean that suitable sites for hydropower development can be difficult to find.  Indeed the Department for Environment and Climate Change (DECC), suggest this is one of the most prominent reasons that large-scale hydropower development in the UK is unlikely to be viable in the future7. Additionally, large scale hydropower is not without impacts on the environment. While the Three Gorges Dam’s capacity to generate 22500 MW is a welcome boost to China’s overall generating capacity, there are significant concerns over its impact on the biodiversity of the region and the social impact from the relocation of 1.24 million people.

Emerging technologies such as tidal power and wave power that generate electricity from the action of ocean waves and tidal flows are being developed to tap into the potential of the world’s water resource. DECC estimate the UK currently has around 50% of Europe’s tidal energy resource and the potential to meet up to 20% of the UK’s current electricity demand8.   With commercial viability an industry based on wave and tidal power has the potential to contribute to future energy security, and promote economic growth, supplying to a global market predicated to be worth £50 billion by 20509.

Much closer to home, Scotland is rich in water as a natural resource.  The Scottish Government has recognised that this attribute can be major contributor to Scotland’s 2020 Route Map for Renewable Energy, a government initiative that sets a national target to meet 100% demand for electricity from renewable energy by 202010.   The Route Map considers a wide range of renewables, that offer to contribute sustainable, low-carbon alternatives to the current fossil-fuel-heavy energy mix, including hydro power, off and on-shore wind, wave and tidal energy. In support of the initiative Scottish Water – Scotland’s publically owned water supply company- has embarked on an ambitious hydropower generating scheme that will use the flow in large water supply schemes to generate electricity. The project will reduce power cost to the organisation by 10%.

At this time of global change and uncertainty, what we can be sure of is that both water and energy will be in greater demand in future.  Their relationship to other resources and industries such as food and agriculture is equally complex and inter-related.   Indeed the Food-Water-Energy nexus must be considered, particularly with our burgeoning world population.   However, as with the energy industry, it is quite clear that water is a primary driver for the production of our other resources. The political agenda must not consider water security in isolation, but as a crucial (and fragile) component in the wider resource security discourse.  It is only by ensuring the security and availability of all of these resources that we can ensure a safe, equitable and prosperous future for all.

This article was first written by Professor Garry Pender for IWRA in 2014, and re-published here with permission from Prof. Pender.